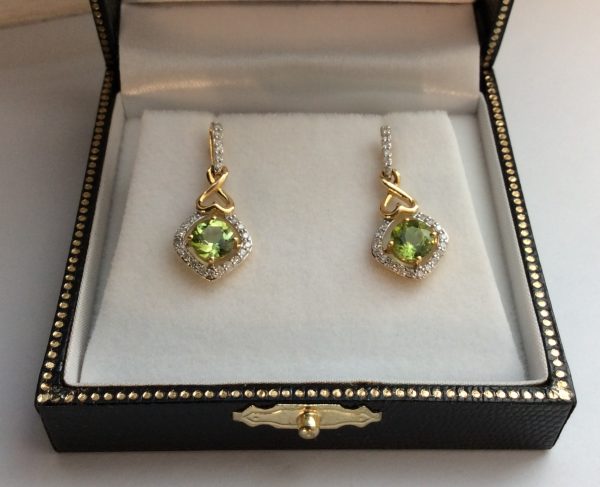 Happy Birthday to all August Babies! Your stone is peridot, a clear yellowish-green stone with a transparent brilliance.  It is also the 16th anniversary gemstone.  A beautiful and unique stone, it has the distinction of being the only gemstone found in outer space.

What’s in a name

The origin of the word ‘peridot’ is thought to come from the Arabic word ‘faridat’ which means gem. The gem also has a couple of interesting nicknames.  Long associated with the sun, it was called “gem of the sun” by the Egyptians.  (Quite appropriate for all those August summer birthdays!) It has also been referred to as “the poor man’s emerald.”

Mined over 3,500 years ago, peridot has had an interesting history over the years.  Many of the green gems worn by Cleopatra that were believed to be emeralds, actually were peridot.  Brought to Central Europe by the crusaders, the stone was often used for ecclesiastical purposes during medieval times. It was the most popular gemstone during the Baroque period (1600-1750) and a favorite of pirates who believed the stone was a powerful amulet against evil. In Hawaiian folklore, peridot is said to symbolize the tears of Pele, the goddess of volcanoes and fire.

What to look for

Peridot is an extremely clear stone with a transparent brilliance.  It is generally eye-clean with no visible inclusions.  The gem is typically a yellowish-green.  The most highly valued ones are a 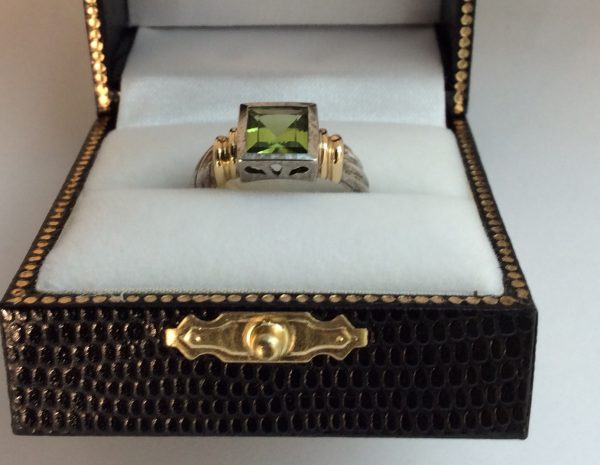 Where it comes from

While most peridot comes from lava rock deposits, it has been found in meteorites and in 2005, it was discovered in comet dust brought back from the Stardust robotic space probe. Currently, the United States is one of the largest suppliers of this gemstone. Approximately 80% to 95% of the world’s supply comes from the San Carlos Apache Indian Reservation in Arizona.

Please stop by our shop if you are in the Buffalo, NY area. We’d be delighted to show you our selections or custom design a special piece just for you!  We look forward meeting you soon.